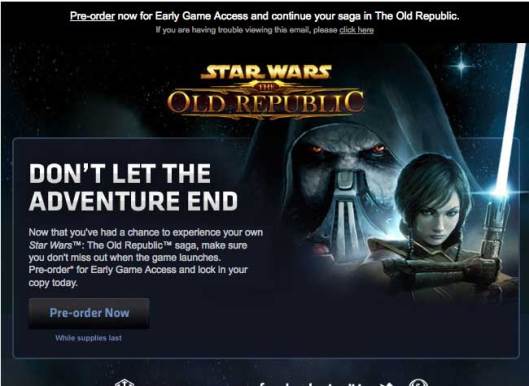 I was *sooo excited* to see email in my mailbox from the Old Republic Community mailbox…alas, it was not the much hoped for BETA invite. Instead, it was the above email, encouraging me, as a former BETA tester, to preorder SWTOR. Except, of course that I’ve never been granted the opportunity to BETA test.

And then I saw another email from the SWTOR gang…maybe this time it was an invite? 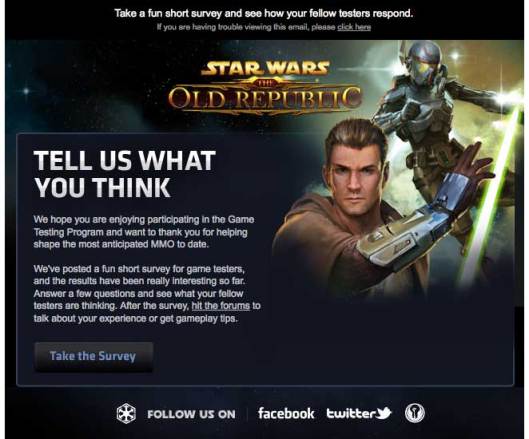 Oh, no, not an invite. Just a request to take a post-BETA completion survey.

UPDATE: From the outcry on twitter tonight, I think a ton of folks got the email…like every gamer I follow it seems 🙂 The community managers are looking into it and have promised to report back soon.

9:40 p.m. UPDATE: Still no official word on what caused the email malfunction. Interesting to see how many folks jumped to 1) crazy speculation and accusations or 2) hurled profanity-laced emails and forum posts at Bioware. Yes, it sucks that we got our hopes up for a second, but seriously– it’s not the end of the world!

9:48 p.m. UPDATE: Official response up on the community forums now: