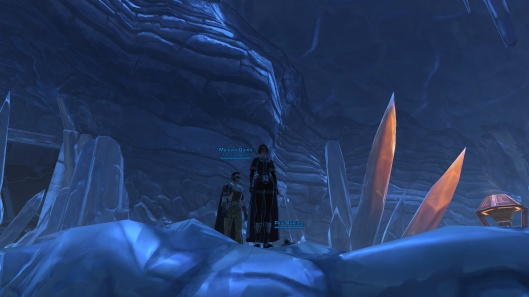 Surprisingly, the Rakghoul Plague went out with a whimper this week. Although we had been warned of the end day/time by the devs earlier, it was surprising, after such an immersive event had taken place, to find activities on the fleet back to normal. Well, other than the few remaining rakghoul plague victims who kept exploding all over the GTN.

What I’d been expecting was some sort of finale to cap off this engaging event. Maybe a big battle that broke out in the fleet. Or an all-galaxy intercom announcement that a cure had been found. Or an email that all those plague samples we sold to that adorable little Jawa paid off in finding a way to contain the virus.

Instead, it was just gone. Poof. And we were returned to our every day lives. James Ohlen has asked folks to share feedback on the event, so I hope folks who feel similarly will also chime in on this.

What about you — did you feel the event needed some sort of story completion or a finale? Or were you happy with how it ended? Share your thoughts in the comments.

15 thoughts on “And Then POOF! Went the Rakghoul Plague”